Don't stop learning just because your internet did. 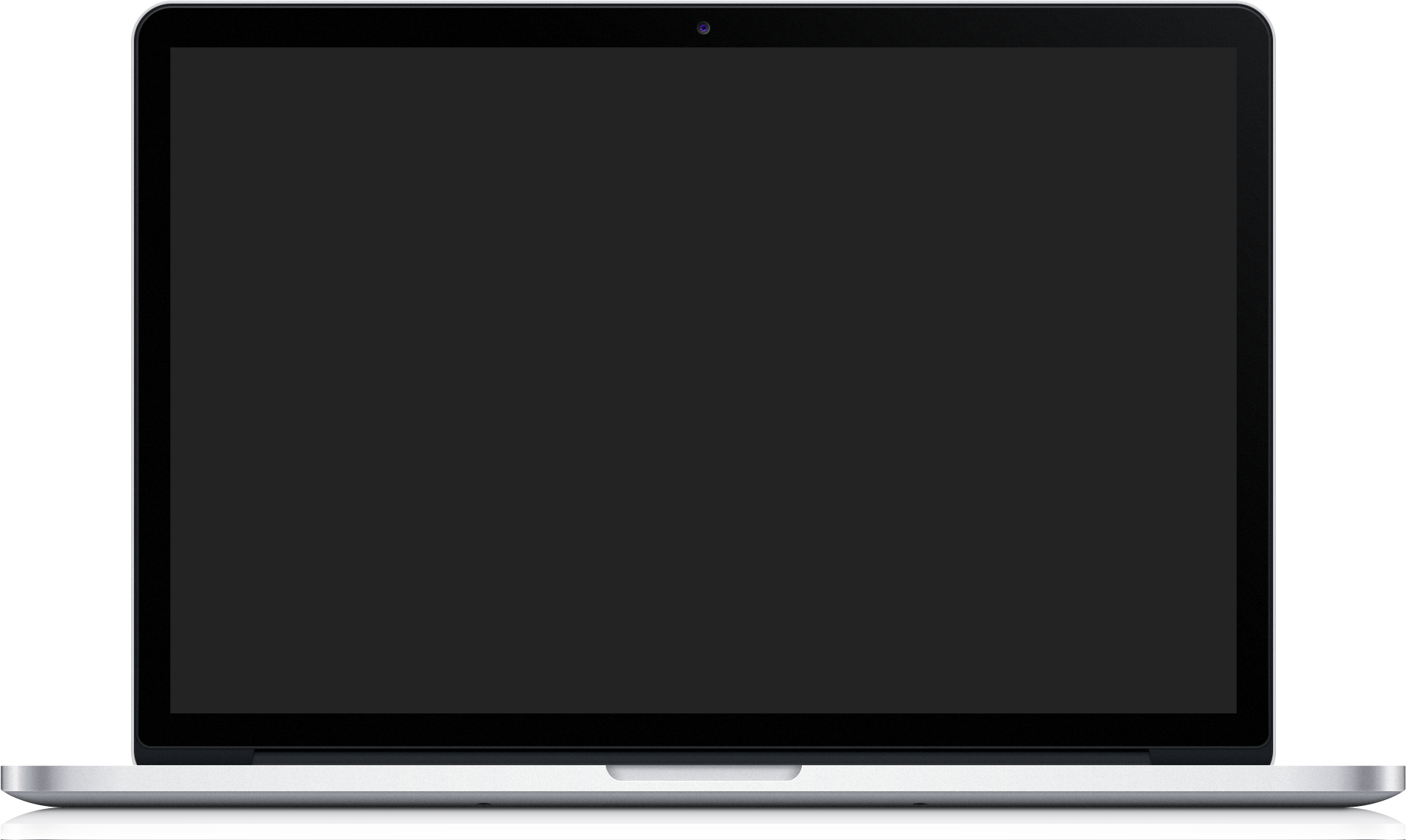 Bb Offline is an experimental desktop application that allows students to easily download and manage all of their upcoming course material so that they can continue learning even when there's no internet.

I was involved in the early product discussions with one of our key clients as they outlined what features they needed for their students. We then met with engineering and worked out what would be possible within the short timeline we had.

Moving quickly through a variety of design iterations, we outlined a cross platform (Mac, Windows, and Linux) app that could be created to solve our user’s problems. Settling on a single scan line along the right edge of the app. This insured that the student could quickly digest an entire course’s content with minimal effort.

Taking these early concepts I built a functional demo in After Effect that outlined what the app could look like at various states of interaction. Using these static, and animated motion studies a small group of us worked with engineering and began doing the front-end development for this project. Our work was later integrated into directly into the desktop application by the engineering team. 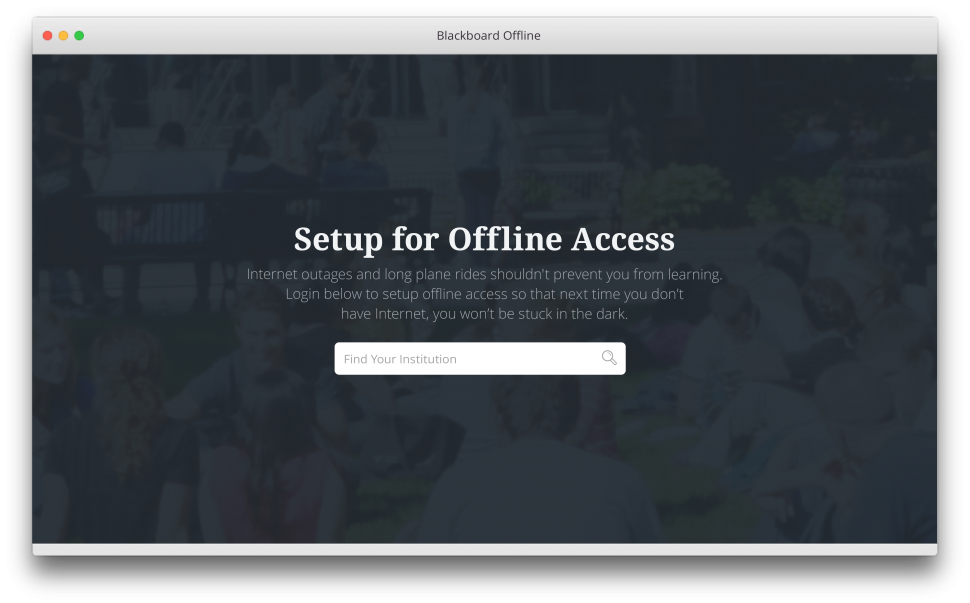 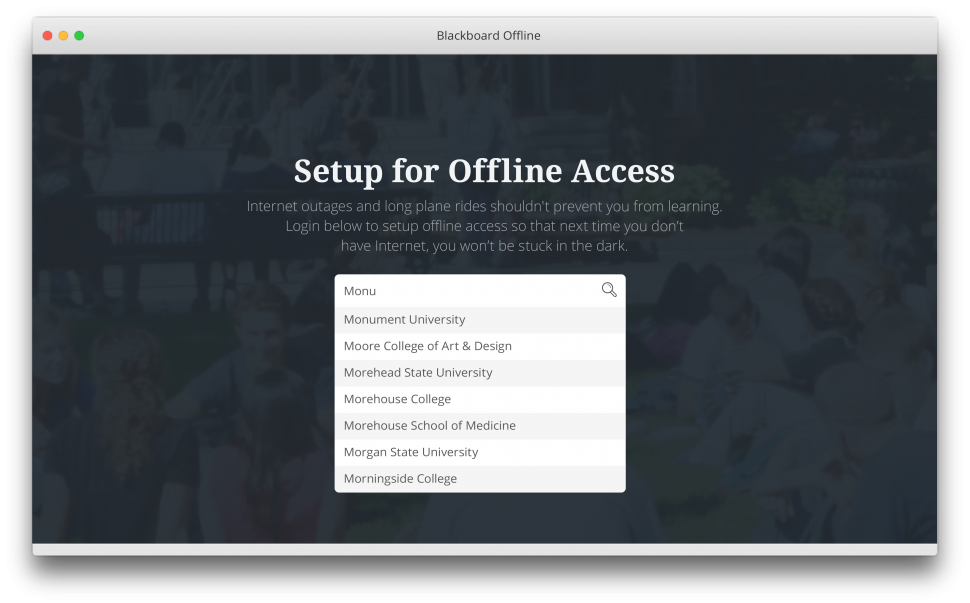 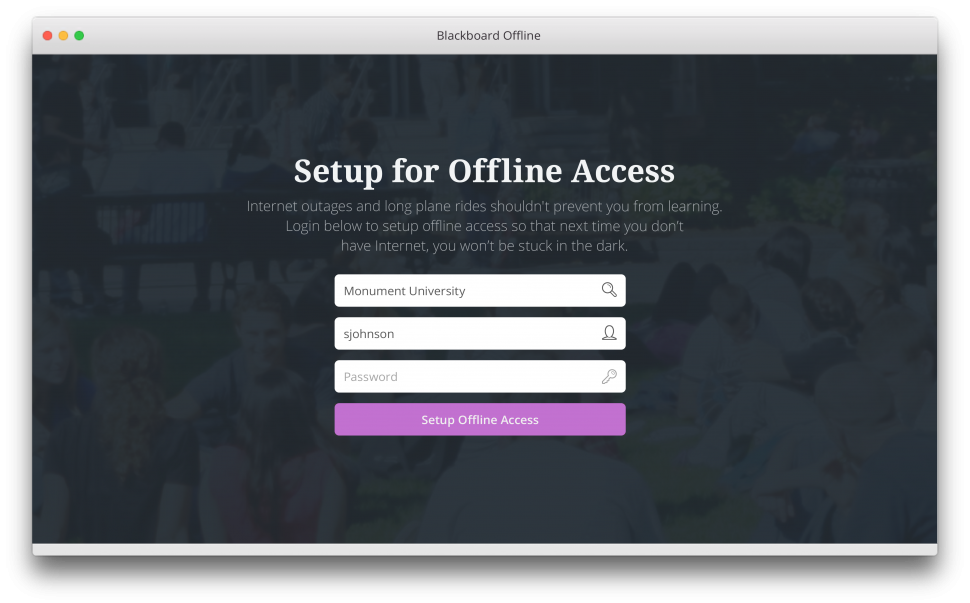 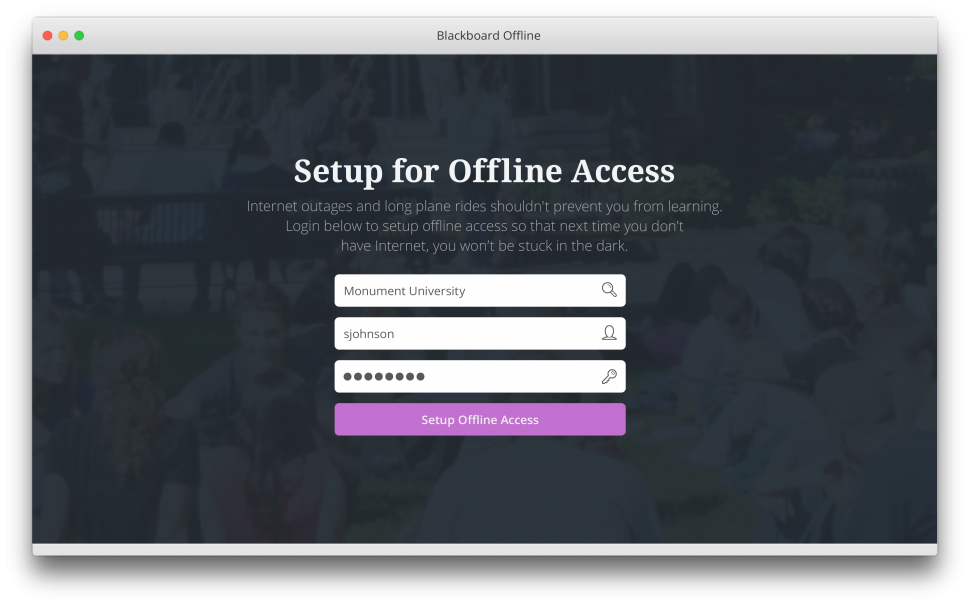 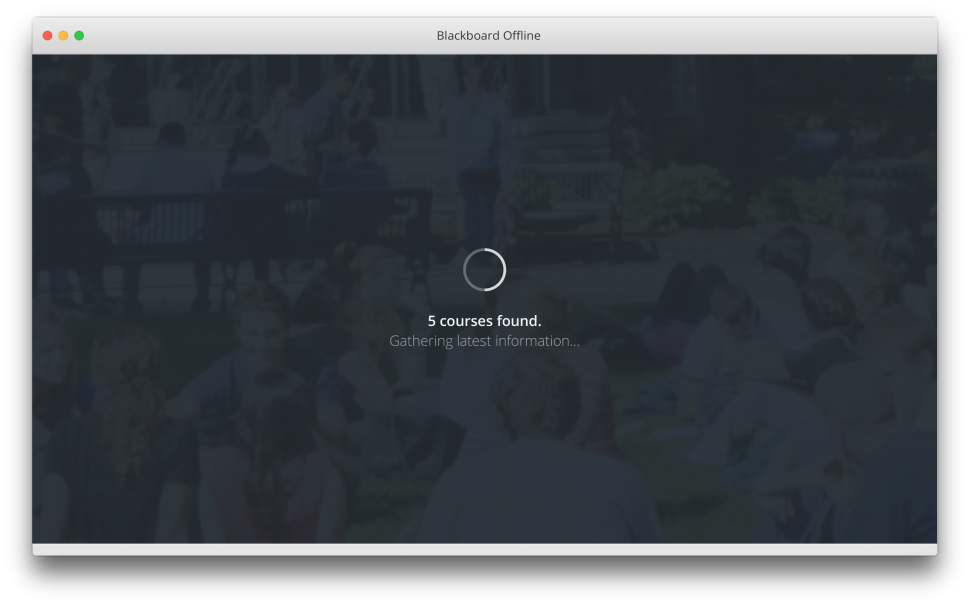 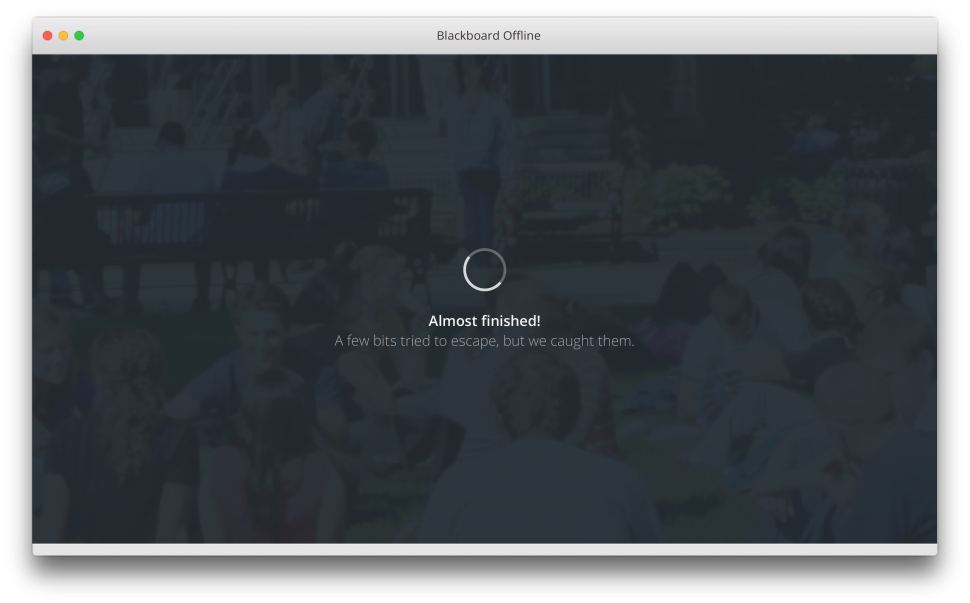 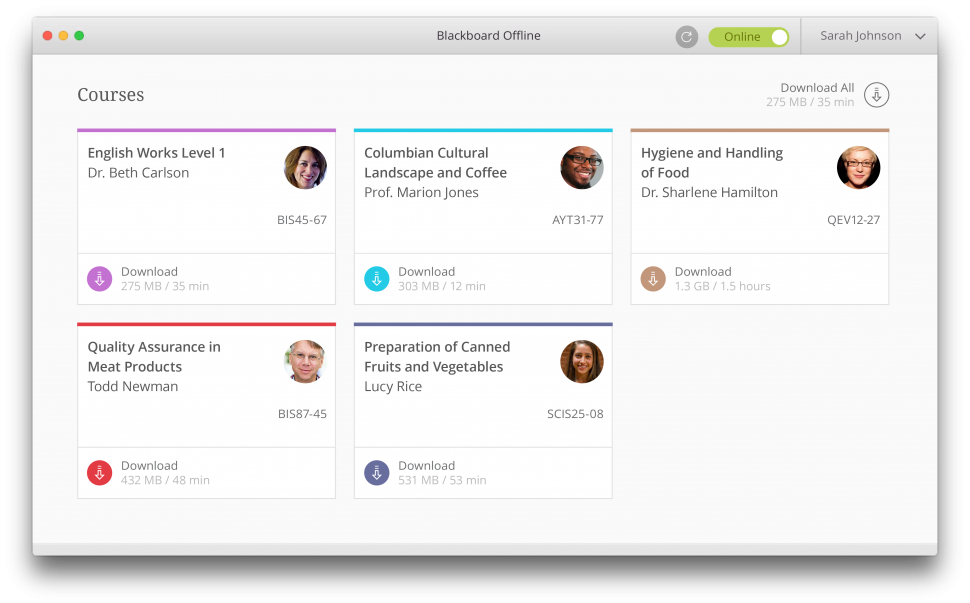 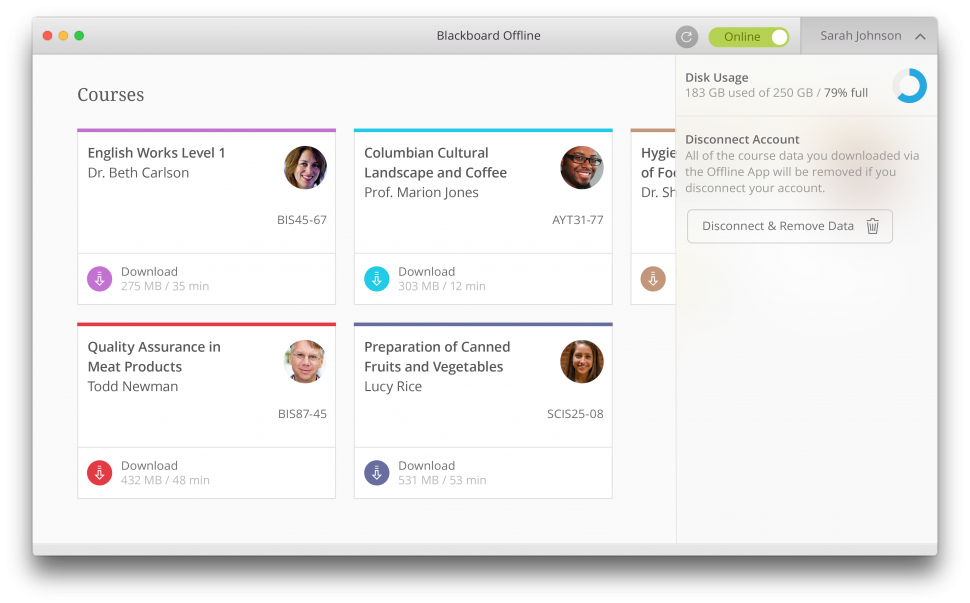 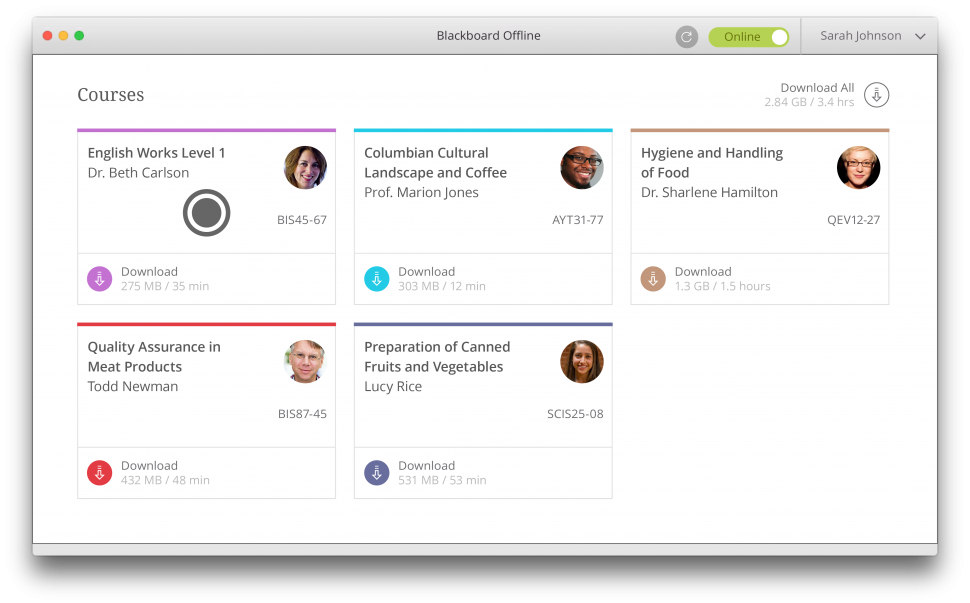 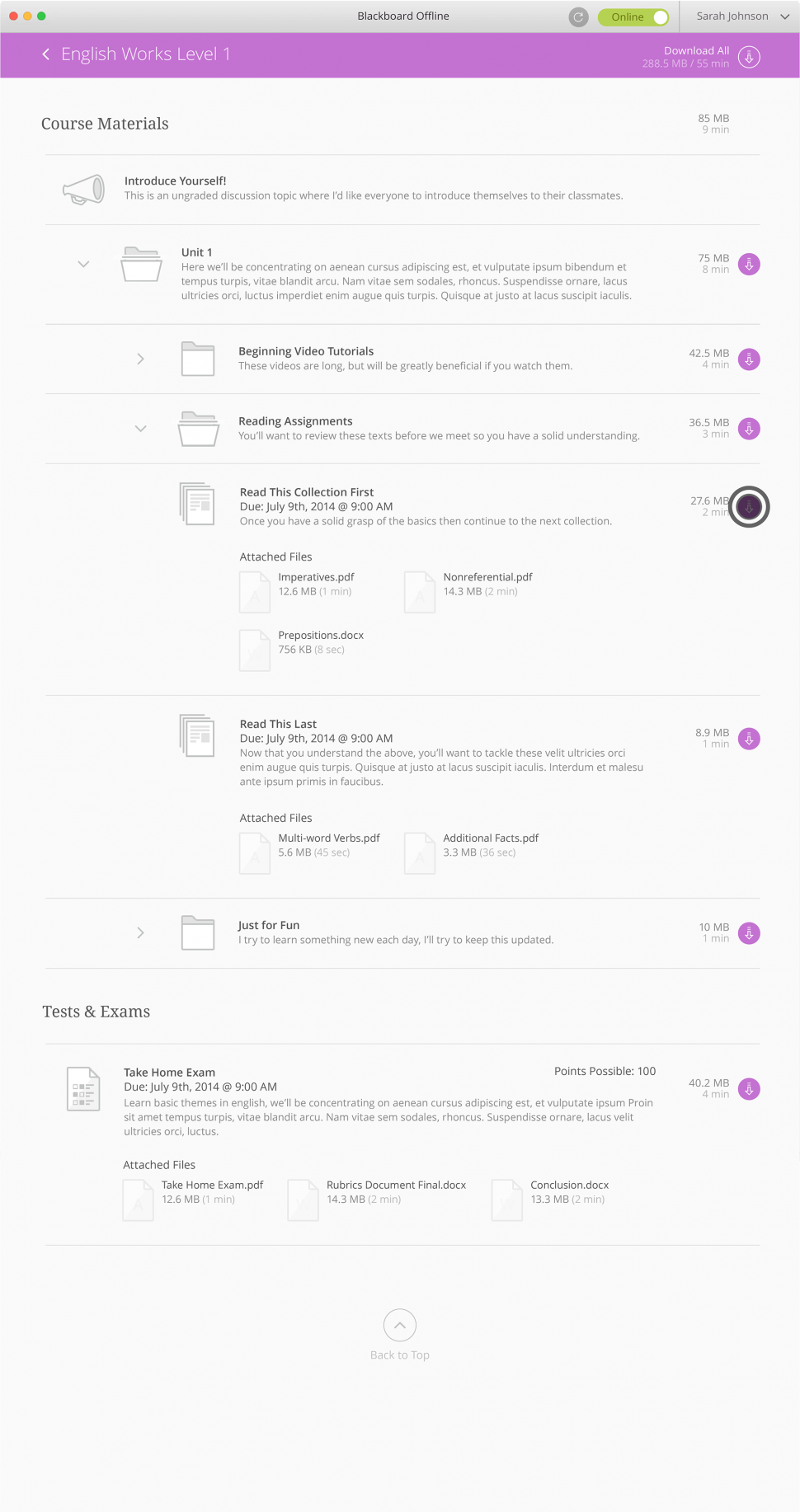 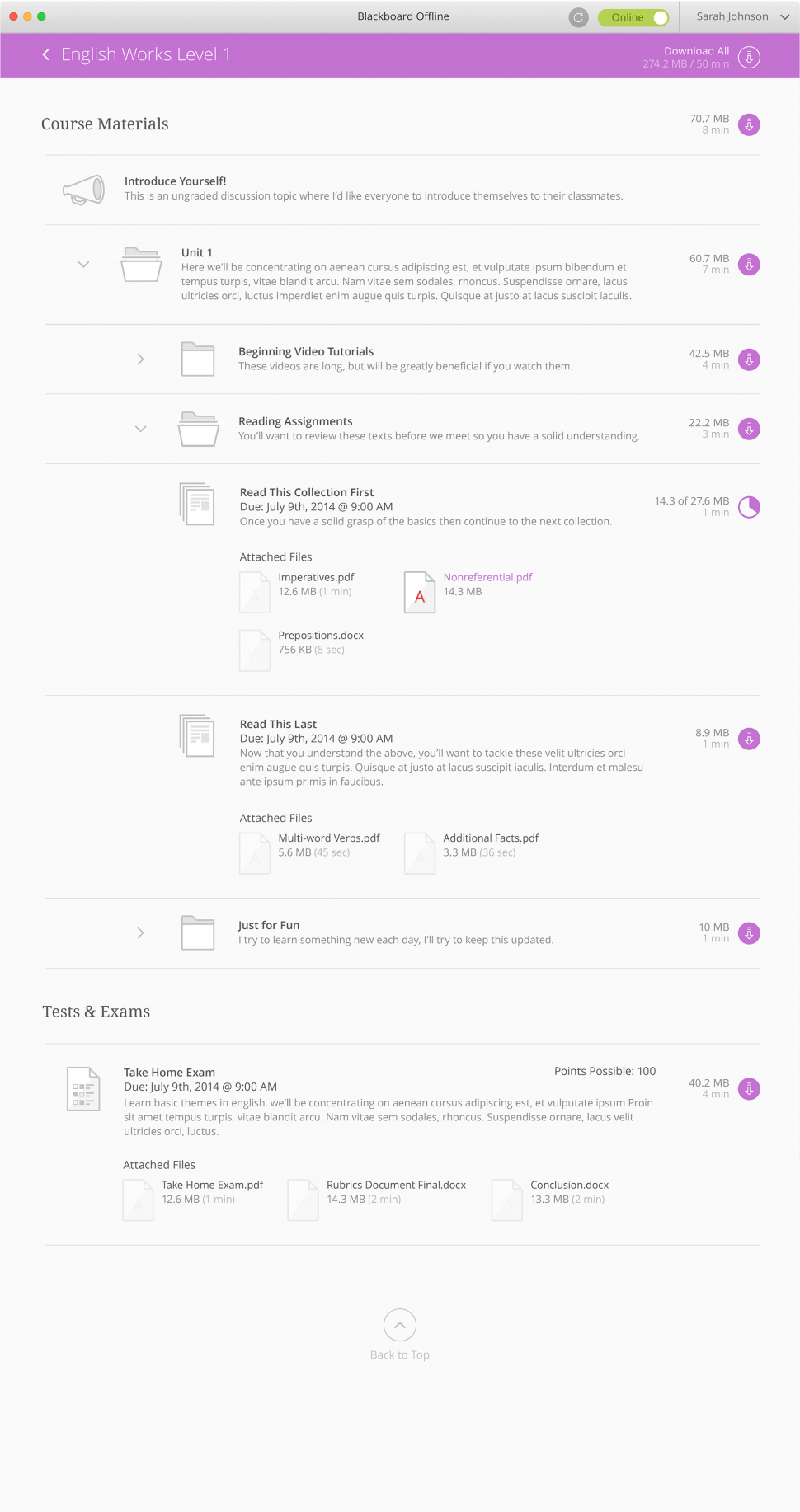 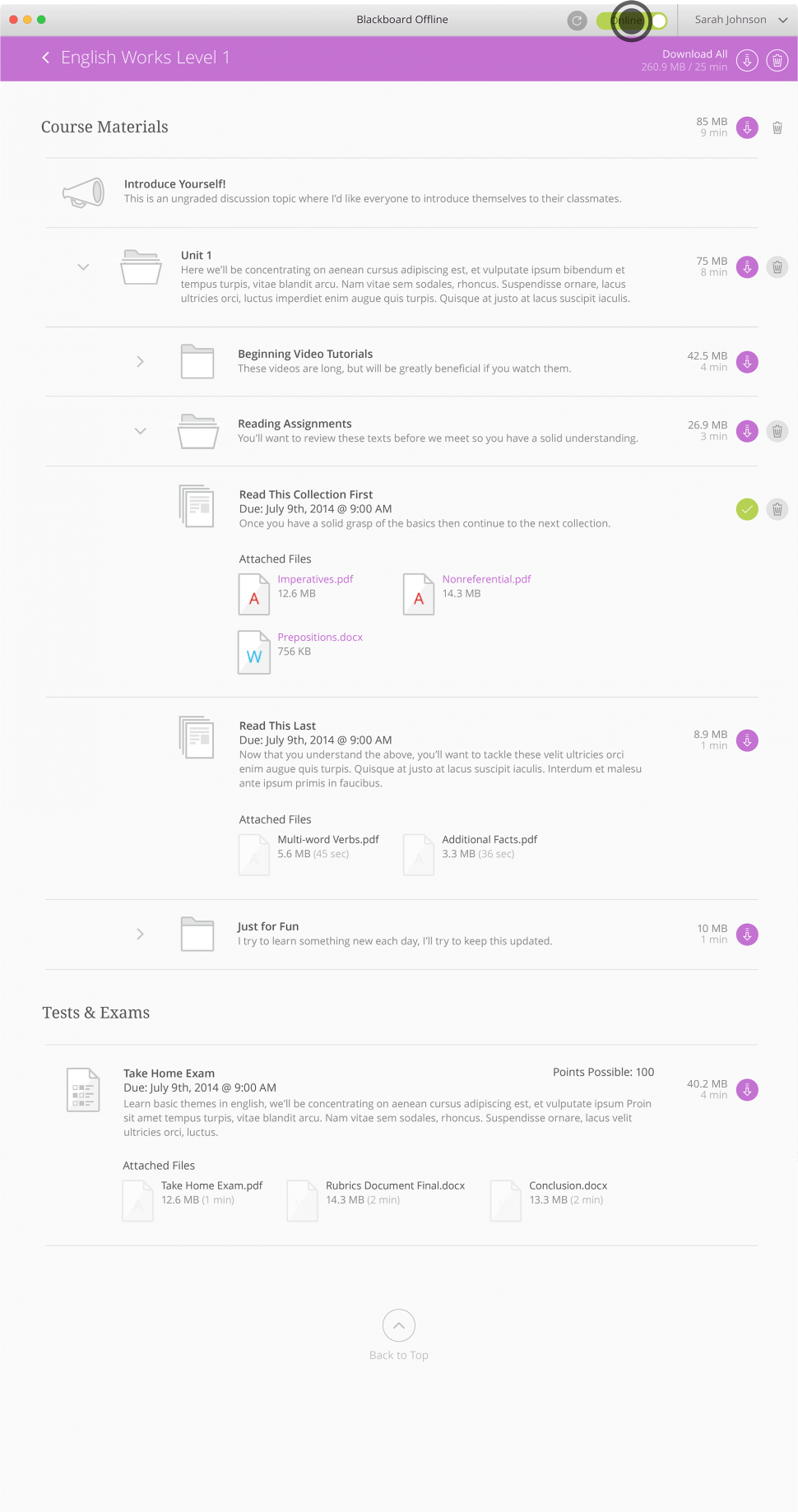 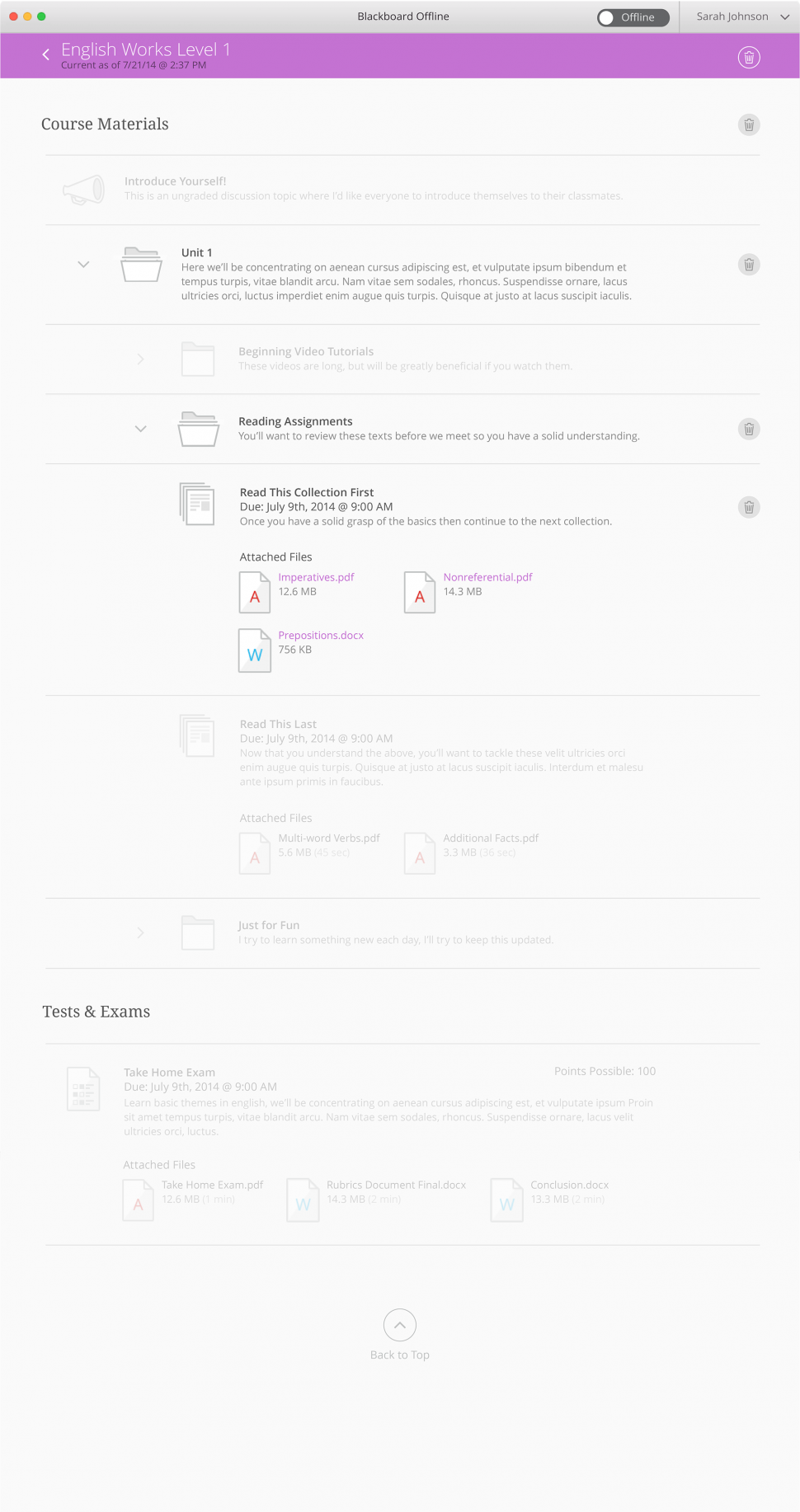 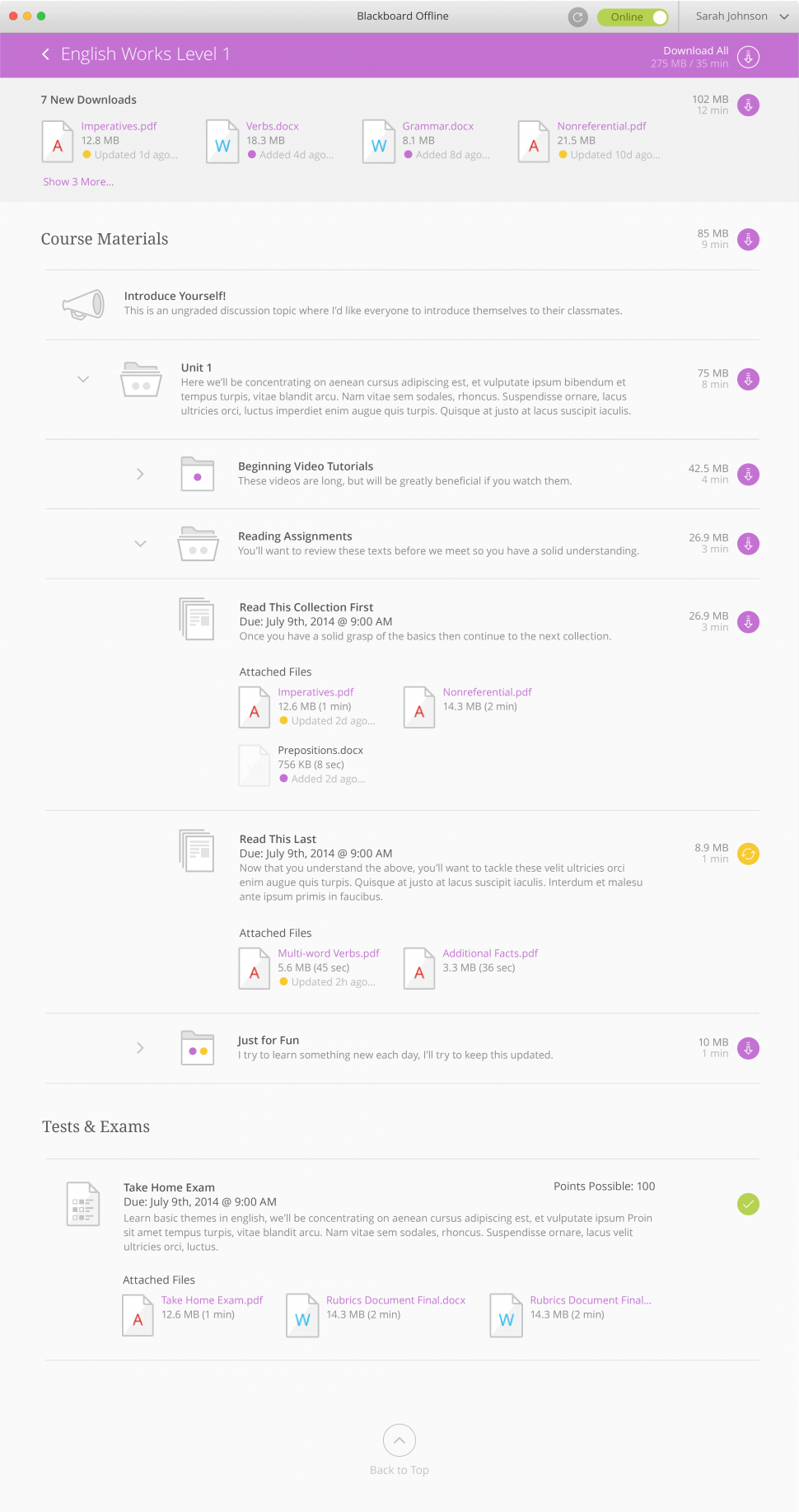